Ben Stiller is in talks to direct ‘The Current War’.
The actor has reportedly entered negotiations with The Weinstein Company to helm a fact-based drama about inventors Thomas Edison and George Westinghouse’s fierce competition to market the electric light bulb to the American public in the late 19th century.
The film has been scripted by Michael Mitnick and will be produced by Film Rites’ Steve Zaillian, Garrett Basch and Timur Bekmambetov, writes deadline.com.
Meanwhile, ‘The Secret Life of Walter Mitty’ star is also in talks to join the cast of Alan Ball’s ‘I Am Chippendales’, a movie about the founding of the famous male exotic dance troupe.
Stiller is set to play Nick DeNoia, a former choreographer who helped come up with the idea for the Chippendales dance troupe and played a part in taking the raunchy act global.
According to Variety.com, Ball will direct and produce, as well as adapting the script from Rodney Sheldon’s book, which focuses on Chippendales nightclub founders Paul Snider and Somen ‘Steve’ Banerjee’s stories. 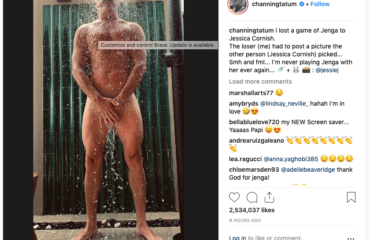