You grin, they bare it in fun ‘Magic Mike’

It really is raining men. Hallelujah!

“Magic Mike” is more than a cornucopia of gyrating men and more well-defined abs than one gal deserves to see in a span of two hours. It’s also a good film.

Despite all the naughty bits related to this whole “Magic Mike” matter, director Steven Soderbergh (“Traffic,” “Erin Brockovich”) does manage to dress this tale with an interesting storyline and memorable characters, some so smarmy and oily and full of flaws that it’s hard to turn away, even though, somehow, you know you should.

Set in the world of a glittery, oiled up, chaps-filled male exotic dance revue called Xquisite, the film follows Mike, played by Channing Tatum with thrilling dance moves in tow. He’s the star of the show and decides to bring in a young, bright-eyed newbie, 19-year-old Adam (Alex Pettyfer), who he meets while working at his daytime construction job.

Soon Adam is taken under the wing of not only Mike but snake charmer Dallas (Matthew McConaughey in an unforgettably fun role), the owner of the club and Mike’s business partner. They teach him the moves, nickname him the Kid, and soon he’s the young star rising up in the ranks of the club’s dancers.

Mike’s life lessons don’t end on the dance floor. He introduces the Kid to all the sins that come right along with the exotic dancer lifestyle — the women, the wild parties, the drugs.

And yes, as you suspect, things are likely not to end well, though Mike is hopeful.

He dreams of starting his own furniture business, even if the woman behind the desk at the bank can’t give him a loan based on his past credit, despite all his charms and the thousands of dollars in crinkled up bills in his suitcase.

This is one of the scenes in the film that gets down to the nitty-gritty of his character, a man who knows he has been kidding himself and sees clearly, if for a few minutes, how other people see him and how he sees himself. Despite the big money, the glitter and the women, he doesn’t like himself all that much.

Mike’s only hope of escaping his endless nights of one-night stands is Brooke (Cody Horn), Adam’s sensible big sister and one of the few women not easily taken in by Mike’s wiles.

When it comes to “Magic Mike,” grab your best gal pals and prepare yourself for thrust-pumping, floor grinding, shirtless guys and naughty bits aplenty. True, it’s a little embarrassing to watch the film at some points, and some scenes are pretty shocking, namely one in which one of the male revue dancers is pumping up a certain part of his body — and it isn’t his fists or his biceps.

Tatum is the ever capable dancer, and it’s no wonder why. He worked as a male exotic dancer before breaking into acting, and this film is based partially on his early days. It’s fun watching him and all the rest of the Xquisite dancers in their choreographed routines on stage.

But the scene-stealer has to be McConaughey as Dallas, a guy whose home includes an oil painting of himself hanging on the wall. I’m sure if he could have had himself sculpted in marble, he would have. Dallas is vain, self-absorbed and slimy, and McConaughey brings all those qualities to perfection to his character.

Soderbergh does take time to give the film style beyond substance, giving it a gritty look to match the grittiness of the lifestyle.

Minor characters add dashes of color to the movie, from Gabriel Iglesias as Tobias, a likable enough fellow with a side job that could get him into trouble, to dancers with names like Tarzan.

And the story, despite its setting, touches on themes that resonate — having big dreams, rising up to be more than you think you can be, taking the high road and respecting yourself enough to do what’s right.

“Magic Mike” isn’t a life-changing film by any means, but it has a sense of humor, is balanced by healthy sense of reality and it does its job — to entertain.

The “Saturday Night Fever” ending brings the movie to a nicely wrapped-up conclusion, a hopeful one in which at least one characters looks beyond the stage and realizes not all that glitters is magical. 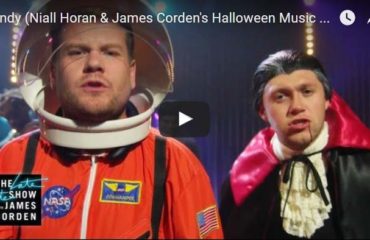