The Kats Report Bureau at this writing is the KUNV 91.5-FM studio at Greenspun Hall at UNLV, home of “The Kats Report” radio show I host at 8 p.m. Fridays.

The guest this week is Tommy Wind, the magician who operates Tommy Wind Theater on the Strip. The segment with Wind, a first-time guest in this time slot, was recorded this afternoon.

Tommy Wind Theater is a cozy family operation housed in the 21,000-square-foot fortress that was once Club Utopia and most recently Boulevard Theater across from Monte Carlo in the strip mall fronted by Fatburger and Walgreens.

In this business schematic, the proprietor pays the talent and keeps the ticket and bar profits. What a concept, eh?

Wind has been running the show, onstage and offstage, for a little more than three years. His show is nightly at 6, dark Sundays and Mondays, and anchors what has recently turned into a sufficiently malleable set of productions.

In quick order: Wind and insult comic Vinnie Favorito ended their partnership Sunday night. This was about two weeks before Favorito’s contact was set to expire.

Over the years, Favorito has been dogged by reports of his financial dealings with business partners and departed the Flamingo last year under a cascade of allegations that he had not repaid several personal loans from associates.

But Favorito continues to chisel out a career here in VegasVille, where he has performed since opening at O’Sheas in 2003, as his act (onstage) is bitingly funny. Favorito’s departure from Wind’s theater was abrupt, but Wind says only that he wishes the comic well in his next stop — which is Hooters starting June 16.

As Favorito announced on his Facebook page, his show is to be titled “Wingin’ It At Hooters” in the old Night Owl Showroom set for six shows a week: 8 p.m. Thursdays and Sundays and 8 and 10 p.m. Fridays and Saturdays.

Otherwise, Wind has taken control of the male revue “Steele,” which had been delivered to Las Vegas by London Steele, who was the inspiration for Matthew McConaughey’s character Dallas in “Magic Mike.”

Steele gave Channing Tatum his first job in a male revue in Florida, and he told me during the red carpet at the Human Rights Campaign gala at the Cosmopolitan of Las Vegas this month that he was eager to go up against Tatum’s “Magic Mike Live” set to open next spring at the Hard Rock Hotel.

Instead, Steele is off pursuing “other options” in Las Vegas, as Wind said today. The magician-slash-venue operator is now the producer of the onetime “Steele,” planning to call the production something along the lines of “The Las Vegas Male Revue” and stage it nightly at 9:30 Wednesdays through Sundays, with the venue turning into a nightclub after the performance.

In this mix is a third production, “Evil Dead: The Musical,” set for 7:30 p.m., also Wednesdays through Sundays.

The entire turn of events leaves the man for whom the theater is named a little, um, winded — and that could be the title of something moving into Tommy Wind Theater where the breeze blows stiff, but the walls remain standing. 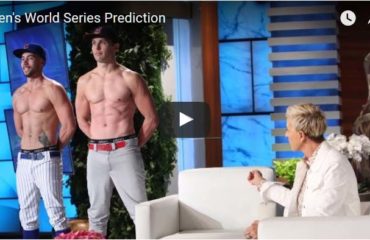 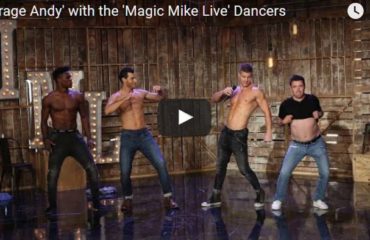