Channing Tatum shared an NSFW photo of himself on Instagram — all thanks to his girlfriend Jessie J.

Tatum posted a naked photo of himself in the shower on Instagram Wednesday night after losing a game of Jenga to Jessie J.

“I lost a game of Jenga to Jessica Cornish,” Tatum captioned the post, using the singer’s real name. “The loser (me) had to post a picture the other person (Jessica Cornish) picked…Smh and fml... I’m never playing Jenga with her ever again...”

The post, which received nearly 3 million likes by Thursday morning, drew in a slew of comments from fans and celebrities, including Jessie J herself.

“Sharing is caring,” the “Bang Bang” singer commented on the photo shortly after it was posted.

“God damn...look at those QUADS!!!!” Dax Shepard wrote while Olivia Culpo joked that he "just broke the internet.”

Tatum and Jessie J seemed to enjoy the attention the post received. Tatum posted a black-and-white photo of him and the singer looking at a phone with the caption, “Us watching the likes go up on my last post [laughing emoji].”

Tatum has been open about his relationship with Jessie J since reports emerged they were dating in October 2018. The 39-year-old actor penned a sweet message to his girlfriend last month on her 31st birthday.

“Wishing you the happiest day filled with all the love and all the light. You came into this world on this day and lit it on fire. You have blessed our eyes, our ears, our hearts and our lives. So thank you for just being you. You are so very special. Happy birthday Baby,” Tatum wrote along with a black-and-white photo of Jessie J soaking up some sun by a window.

Jessie J also celebrated Tatum’s birthday last week by posting a video on her Instagram Stories singing “Happy Birthday” and zooming in on drawings of women with the speech bubbles that read, “I want you” and “I miss you.”

Tatum and Jenna Dewan, who is now dating Steve Kazee, announced in April 2018 they were splitting after nine years of marriage. They share a daughter, 5-year-old Everly. 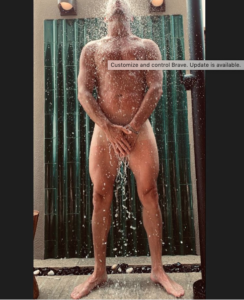